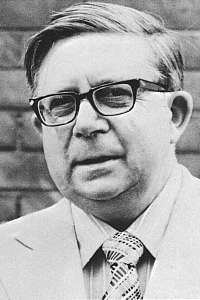 George graduated from Trinity College, Cambridge, England with an M.A. in mathematics and a Ph.D. in Genetics. During the Second World War he worked for the Admiralty designing radar aerials for the British Navy. Later, he worked as a geneticist with the late Sir R.A. Fisher and taught at the University of Cambridge for twenty years before moving to Canada in 1970 to take a special research position in Toronto. He also taught in the departments of Zoology and Epidemiology at the University of Toronto. George had a very inquiring mind and had an interest in, and an extensive knowledge of, many diverse subjects. Of recent years he much enjoyed the fellowship of the Oddfellows and Rebekahs, and was secretary of his lodge for some years.