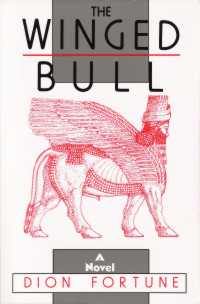 Dion Fortune's extraordinary occult konwledge enable her to veil deep mysteries under the guise of fiction. This work makes available to the serious student of occultism, knowledge of esoteric laws and magical practices in the highly dramatic and entertaining form of a novel.

This story concerns Ted Murchison, who learns that his employer, Brangwyn, is investigating the old pagan faiths with the assistance of Brangwyn's half-sister, Ursula. Brangwyn acquires knowledge of the ancient cult known as the Winged Bull, which he hopes to pass on to Ursula through a young man named Fouldes. Unfortunately, Fouldes turns out to be vain and weak and becomes the tool of Astley, a black magician, who wishes to use Ursula in a dangerous ritual. Ursula is reduced to a near physical and mental wreck and, in order to preserve her sanity, Brangwyn asks Ted to step in and lead Ursula safely through the ordeal.